No doubt we are living one of the most effervescent periods in the history of music technology. Since the emergence of the electric guitar in the 1930s, the consolidation of the Fender stratocaster in the 1950s and the digital pedals in the 1990s, technology has never been more present and so well distributed in the various segments of the music market. It should also be remembered that the piano, a musical instrument that marked the Romantic period (1810-1910), had its apogee precisely due to the advance of the technology developed in the first phase of the Industrial Revolution (1760-1860) and the second phase (1860-1900 ), which provided several improvements in the materials composing the structure of various instruments. These structural benefits, in turn, gave new directions to the instrumental practice (tocabilidad) and it is precisely in this environment that virtuosity arises, a term used to denominate musicians who reached a high technical degree in their instrument. Highlight for Frederic Chopin (1833-1897) and Nicollò Paganini (1782-1840).

Nowadays, using as an example the construction of the guitar hardware and parts and the peripheral equipment (pedals, amplifiers, cords, cables, ropes) used for its practice, we can see a huge involvement between science and art .

Nowadays, we can find several companies manufacturing instruments and luthierias that in addition to developing systems of greenhouses for faster drying of the wood used in instruments like guitars and double basses have opened space to the automation of services with the objective of attending to an increasing scale of clients as soon as possible. In this sense, computer-controlled, high-precision cutting machines and software have played an important role in the fabrication of these instruments. The quality of the metal alloys used in the construction of bridges, frets, tunnels and ropes follow in this same evolutionary direction. The art uses scientific evolution, with the aim of providing instruments and accessories with an increasingly better quality standard.

Faced with these facts, some questions generated keywords when it comes to quality: maintenance and durability. We can now believe that these two words are of order that transcend the music market. Both words are related to the only natural resource common to any type of relationship: time.

When we refer to maintenance, the time relationship is linked to the time it will take for a particular musical instrument, for example, to be re-evaluated, regulated, restored, or repaired. Still on maintenance, there is still the relation of time in which this maintenance will take to solve a certain problem.

Durability has a ratio inversely proportional to maintenance. The longer the durability of things, the lower the number of maintenance over a period of time, ie the time between maintenance will be greater. One of the most important accessories for instruments like guitar, guitar and double bass are the strings. They are responsible for the most frequent maintenance of these instruments.

Many musical notes have been issued since the earliest times when animal guts were used to make instrument strings. Nowadays, most of the ropes are made of metal alloys and their maintenance is related to their exposure to time and in this sense, the humidity level of the air is their greatest enemy. Two other enemies of the instrumentalist when the subject is durability are sweat and lack of care of the strings.

The ropes oxidize or rust due to the chemical reaction suffered by the metal in the presence of water and oxygen, elements that make up the air we breathe. On a growing scale of oxidation level we have the following metals: Al (aluminum), (Zn) Zinc, Cr (chromium), Fe (iron), Ni (nickel), Pb (lead), Cu (copper), Ag ) and Pd (palladium). Some of these elements are already quite common in the manufacture of guitar, guitar and double bass strings like Zinc and Nickel, however, there is a very important variant when we refer to electromagnetic properties.

We can verify that there is no contact between the strings and the pickups of instruments like the electric guitar, for example. The analog signal emitted by the strings of the instrument is picked up by the electromagnetic field generated by the coil (wrapped in copper wire and magnet), an integral part of the pickups, which transforms this analog signal into an electric pulse, which in turn is sent to the amplifier. responsible for the transformation of the electric pulse into a sound wave.

These electromagnetic properties are very important for one of the most important requirements in the sonority of an instrument: the timbre.

If the metal is diamagnetic, that is, it is not attracted by magnets, it is not used to make ropes, even if it has longevity, as is the case of lead (Pb) and silver (Ag). Paramagnetic metals are little attracted to magnets, so ropes made with these metals, such as aluminum, would not have a good tone and even though they had excellent resistance to oxidation, they would not be as resistant to tensile strength as ferromagnetic. Among the ferromagnetic metals that present better resistance to oxidation are Zinc (Zn), Chromium (Cr), Iron (Fe) and Nickel (Ni).

Following the expansion of the market, the evolution of musical instruments and the level of demand of contemporary musicians, especially in the production of high-quality timbre, durability and tuning strings, Solez Strings has revolutionized the Brazilian market.

The DLP technology used by Solez Strings was developed mainly to meet the musician's requirement in fundamental practical requirements: timbre, resistance to oxidation and tuning. The benefits of combining these three requirements are numerous: less maintenance over time, longer durability, longer rope timbre longevity, which also results in the financial savings of your customers.

Sold throughout Brazil, from the temperate cold of the south to the equatorial heat of the Amazon, Solez Strings gives its customer the certainty of acquiring high quality, high durability and low cost ropes. 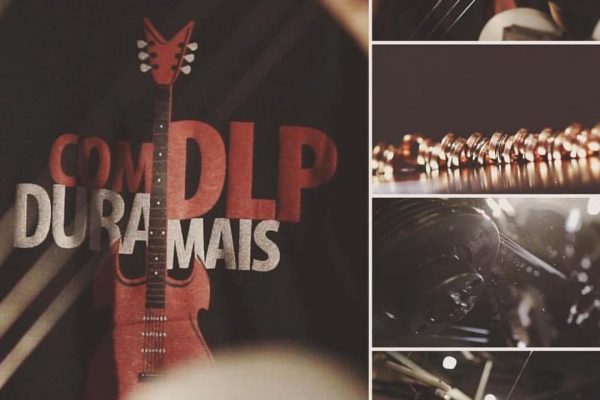